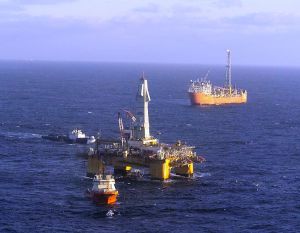 A Coalition of fishermen, First Nations, environmentalists and coastal landowners are rallying against Natural Resources Minister Joe Oliver’s recent ‘waffling’ on the need for a separate, independent safety regulator for NL’s offshore petroleum industry. The coalition is responding to recent comments made in NL by Federal Natural Resources Minister Joe Oliver who stated he is questioning whether an independent safety regulator is needed.

“Retired Judge Robert Wells’s inquiry into the deaths of 17 offshore workers in the 2009 Cougar helicopter crash recommended a separate, independent safety regulator for NL’s offshore industry.  What was the point of this Inquiry if the federal government is going to ignore Justice Wells’ vital recommendations?” says Gretchen Fitzgerald, executive director of Sierra Club – Atlantic Chapter.

“It is disgraceful that Minister Oliver is hedging on this vital issue of safety, not only for Canadian offshore workers, but also for the safety of our east coast fishery, renewable marine resources and the ecosystems that support them,” says Dr. Irene Novaczek of UPEI. “After the BP disaster, the U.S. government set up a separate safety regulator for American offshore waters. Why is Canada stalling on this vital safety measure?” she says.

“Twenty years after the Exxon Valdez disaster, there is still no herring fishery in Prince William Sound, where the spill occured,” says Greg Egilsson, an inshore fishermen and president of the Gulf NS Herring Federation.  “Fishermen are concerned a similar fate could await our east coast fishing industry, if the federal government persists in refusing to exercise its responsibility to protect the safety of east coast offshore workers, fishermen and marine ecosystems,” says Egilsson.

“A pattern of unfairness and disrespect for the importance of Canada’s east coast fishery and the tens of thousands of renewable jobs it creates, prevails in our federal government as it persistently favours transnational oil companies,” says Mary Gorman of Save Our Seas and Shores, a coalition set up to prevent offshore oil development in Canada’s Gulf of St. Lawrence, where over 2,000 marine species spawn, nurse and migrate year around.

The Coalition points to the federal government’s refusal to launch a Federal Review Panel under the Canadian Environmental Assessment Agency to examine whether exploration should proceed in Canada’s Gulf as evidence of a bias for offshore oil companies. A Senate report commissioned after the BP spill has also recommended examining the “possible” conflict of interest position for offshore boards when it comes to regulating safety and the environment.

The Coalition stands united with Justice Wells’ recommendation for a separate, independent safety regulator for NL’s offshore and states the NS government should also be implementing a separate safety regulator for its offshore development. Additionally, federal power environment and fishery protection should be restored to federal government and not handed off to offshore boards.